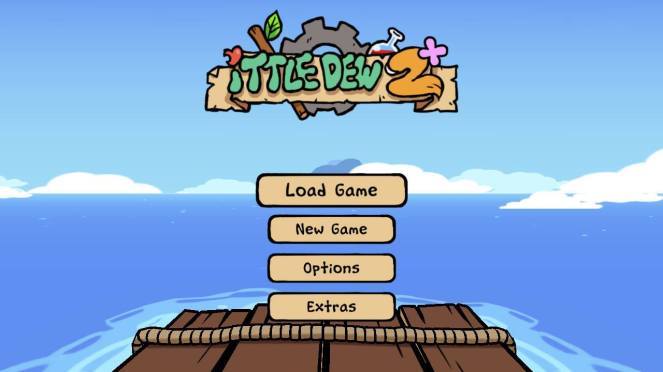 Ittle Dew 2+ is a game that I couldn’t wait to come out onto the Switch. Owning the original on PC and getting it for only $5 along with a few other games was a dream come true. It even came with the soundtrack! The soundtrack might not be long at around 30 minutes. I played several times while writing this review. Ittle Dew 2+ doesn’t start off at the end of the first game which is surprising. The direction they could have went with the series would have made a sequel more interesting. I loved the first game it had a charming aesthetic, story was comical, and the weapons made it an easy game. My only issue with the original game and its sequel is…. they are short games. Ittle Dew 2+ is much larger but the game can be completed in one sitting. If you rush through it without collecting any upgrades or exploring. I was able to beat the game in around 6 hours which is short. If you collect everything and explore that would bump it up to around 15-20 hours. Ittle Dew 2+ is very light hearted, Ittle and Tippsie have some great one liners that made me laugh from time to time. Ittle Dew 2+ is a game worth trying out but hold out for a price drop for digital. The physical is worth it if you get the limited release one that includes all the extras even better if you have GCU.

Ittle Dew 2+ is a simple story which is great since it doesn’t need a crazy story to make you want to play it. Ittle and Tippsie wake up from their raft hitting land… just to find out their raft hasn’t gone anywhere because they are in a very very small pond. They get out of the pond and their raft explodes. The island caretaker, Passel, poofs in front of them and starts to ask them questions. Tippsie steals a magical map from him that shows the dungeons and find out they each hold a piece of a raft. Passel poofs away and you start your adventure. 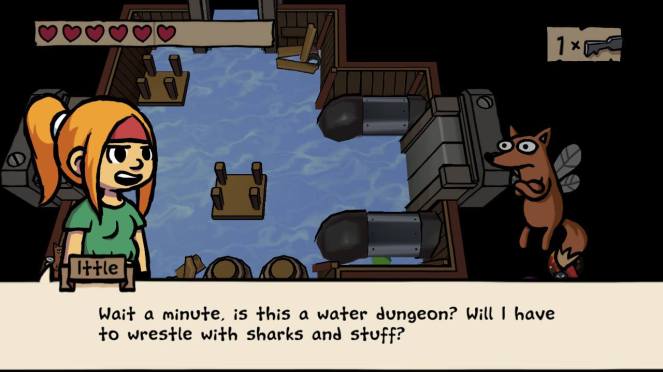 Gameplay
Ittle Dew 2+ much like the original game can finished with only the stick. Item upgrades and new weapons make it much easier to figure out puzzles. I took the recommended route and picked up all the weapons and completed all the dungeons. I didn’t touch any of the side dungeons until after I finished the game. The best part of this game is the mass amount of smaller dungeons you can explore.. The map will show different types of symbols depending on how much of a dungeon you have or haven’t done. If you see a dungeon it appears on your map with no indication of anything special. A completed side dungeon shows a dungeon with a big green check on it. The main dungeons will have a crown when you have completely clear it. Following the recommended dungeon path means you never have a need to worry about health. The bosses were never hard but I did die several times due to not knowing what was going to happen next.

Personal Experience
When I recorded the gameplay footage…. I finished the game. I enjoyed playing this game and have been since I received my review copy. I already liked the original and 2+ is more of the same with better graphics and more to do. I haven’t 100% it yet but I am pretty close. I like being able to open and play the game and do a few small dungeons then put it away while I am on the bus. Going into the game I knew I would love it and not be able to put it down. It is great fun and a great addition to the Switch’s holiday season. 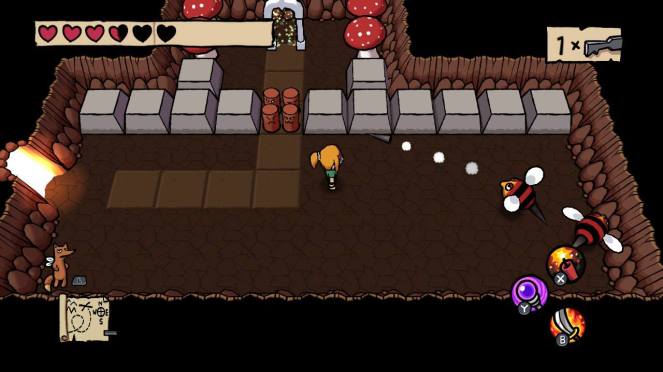 Final Thoughts
It depends on if you want it digital or physical. Digital I would say wait for it to go on sale since it will sooner or later and well worth the money. Physical I would buy right away or as long as it includes the extra stuff in the box. Nicalis is amazing with their extras and if you have GCU makes it well worth the buy.
UPDATE: 5/30/18
I would give this game a 9 out of 10!
My Gameplay Footage:

I couldn’t wait to get this game reviewed! I love this game in general because it is a great call back to Link to the Past one of my favorite Zelda games. I hope that Ittle Dew 3 goes to a more Oracle of Ages or Seasons style. I have been a bit behind on videos on my YouTube channel but have been putting out test videos for a new series that my friends wanted to start. I won’t be showing it off anytime soon but it mashes my two loves together. I can’t wait to show it off and hopefully everything goes smoothly this weekend with recording.