You would be very surprised! 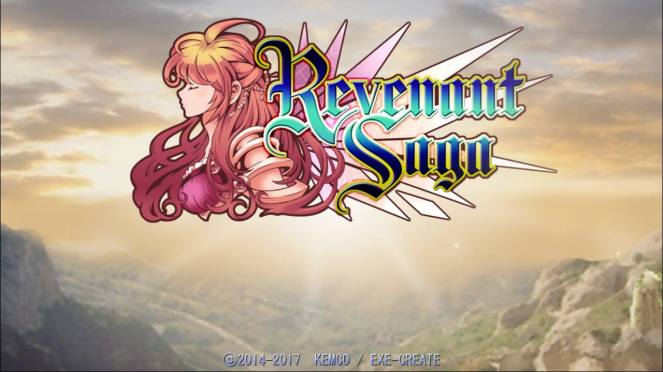 Owning Revenant Saga on the Wii U meant that I already knew a lot about this game once I booted it up. The game is an RPG that I believed the Switch was missing and a fairly good one at that. Problem is the controls… it is the same issue as Squareboy. The analog sticks feel really odd to use and it is better to use the D-Pad. Using the D-Pad feels much better, I just wanted to get that out of the way since that was the only issue with the game. The rest of the game is pretty fun! I spent a very long time reviewing this game because it isn’t short. It doesn’t help that when I did get lost exploring there was nothing online to help me. The game is much like older Final Fantasy games being turned based but with the ability to transform. The story revolves around Albert, a young man, and his journey to find out what happened to his friend Anna. She was tricked into undergoing an experiment that resulted in her dying and Albert goes under the same procedure. The man responsible runs away but Albert wakes up that he is still human but has a demon living inside of him. Any one that is able to live through the procedure turns into a Revenant but due to Albert not completing it he only has the demon inside of him. This results in the demon constantly talking to him and giving his two cents but the added benefits of being able to call upon his power. The story continues with Albert just trying to find the man responsible while meeting several characters that join your party. Each member has their own special abilities that help aid in battle. These battles are always straight forward including the bosses. I didn’t find any of them hard and I never found myself grinding for levels outside of the early section just because I was exploring the map. I would say if you want an old school RPG take a look into the game. It is worth looking at and enjoying the story it has to tell. This is definitely a game that looks are deceiving!

Icon shows all the main characters which is pretty nice: 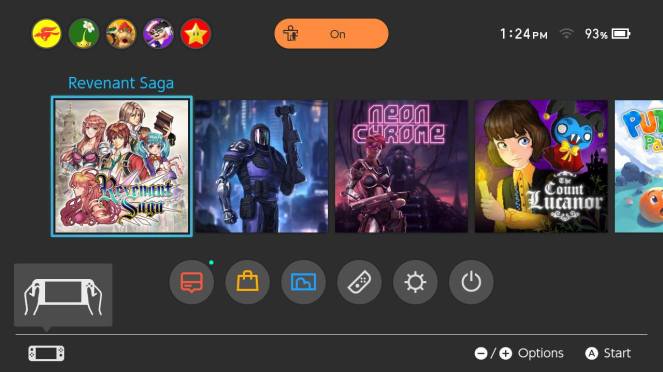 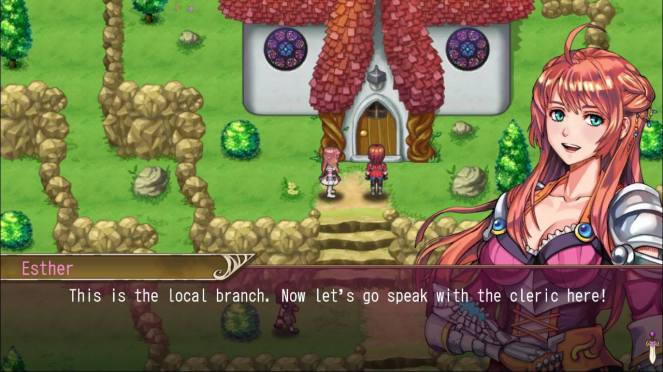 The game opens with Albert talking to Anna. She is the love interest for the opening of the game but it is short lived due to her mother and father being sick. They have been stricken with a plague that is highly contagious and Anna is forced to leave the town because she likely already has it. Albert is asked not to speak to see her in fear that he will pick it up and pass it to the rest of the town’s people. A mysterious man is visiting the town when he finds out what has happened. He tells Albert to meet him at the Inn where he tells him that there is a cure. To obtain the cure he would have to meet him in his lab and help him to produce more. Albert goes to find out more information when he is locked into a dungeon. They place him in a test tube to find out that Anna is also here to get treatment. He hears her screaming in the distance and tries to break free. The town hears about what is going on and tries to save the people there. Albert is midway through the process when they free him. He wakes up to find everyone is missing and Anna is no where to be found. He notices that someone else is speaking to him, a demon. The demon explains what happened and two years pass. There is still no information about Anna or the man’s whereabouts. Albert travels to an Inn at another city to find it being attack by Revenants and Esther helps him out. She explains to him that he is very powerful and should join her to defeat more of them. He says he will but Esther asks for him to go with him to the Church. He finds out more information from the Church and they team up to hunt the Revevnant while Albert is in search for more information about the man and Anna. 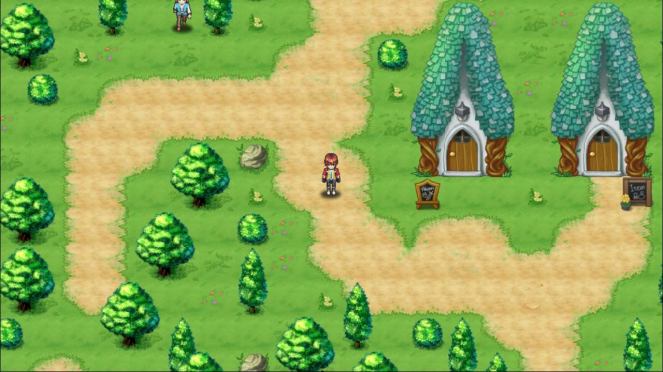 The game is your standard turn based RPG which I forgot I missed so much. We really need to get more games like this since even though this game isn’t very hard it does have a hard mode that I do plan on tackling at a later date. The game does have an easy mode as well which I tried for several hours but most things die with one hit on normal mode already. The game is pretty straight forward and keeps track of all your quest so it keeps you going forward. You can explore but there isn’t much to do since the story wants you to go a certain way. If you do decide to roam around things won’t be unlocked or you will enter areas that you can’t defeat enemies. So you will need to just continue the game until you are ready to fight or obtain something to progress the story. 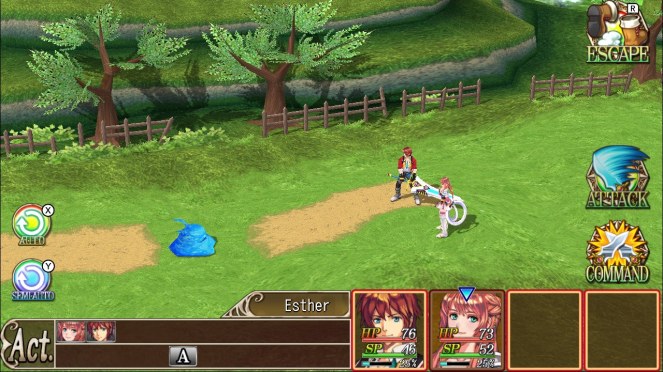 I really liked this game, I couldn’t wait for it to come to Switch. RPGs are games that I find hard to sit and play for a very long time. Persona 5 is still on my PS3 with around 30-40 hours and I know I am only half way done. If it did come to another console much like Xenoblade Chronicles I know I would beat it. Revenant SAGA falls into that area since it is long enough that I don’t see myself sitting and playing but when I can squeeze in an hour here, 30 minutes there, 15 minutes over there. I can finish it in no time since I can make time to play the game when I am free and not doing anything. 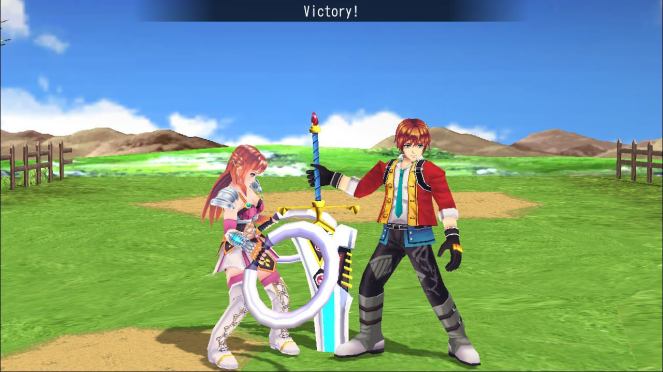 Considering how the Switch is lacking in RPGs centered around combat… I would make this a purchase. It is worth the $13 and the story in my opinion is standard but standard isn’t a bad thing.

Just keep trucking along! I am trying to put more effort into the end credits but currently just backed up and my secret video project is being worked on! I would love to share more details but I am going to wait until the video is complete and everything is edited to talk about it which should be done by Sunday if everything works out this weekend. If not everything will be on hold until next weekend when I have much more free time and there are less games to cover. As always let me know how you liked the review and what other games you would like me to cover! ALSO, KEMCO is coming out with another game this week called Antiqua Lost, which is another RPG so that should be pretty interesting. Hopefully they fixed the control issues with the analog stick.