Ever had a game make you Google if it was a real job? 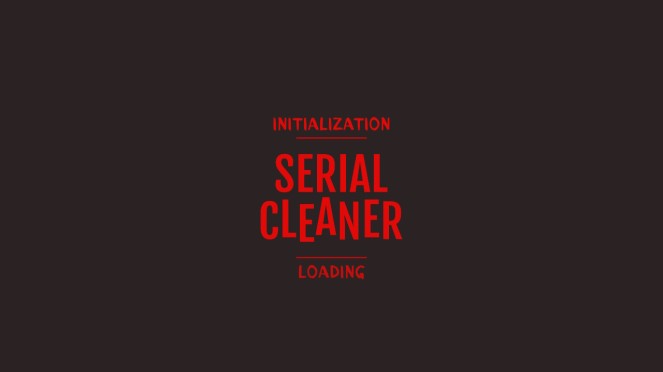 Going into this game I didn’t know really what to expect outside of grabbing bodies and vacuuming blood. Not very shocking but this game is a very fun game with some minor issues that are more so personal problems than anything else. I believe the character’s name is Bobby, your mom doesn’t talk that often to you and typically she refers to you by sweet names like Honeybun, while the game refers to him as just “Cleaner.” Your job is simple you get called up and you must clean up crime scenes. Each stage has you collect one collectible that the Cleaner adds to his collection, a few bodies, and vacuuming some blood. You constantly head back home after a job to talk to your mother and interact with things around the house. This is the best part after a mission since you might here on the news about what you did or mom is just watching the news and claims it to be boring just to watch a boxing match. The minor issues I have is the game is really short by the end I really wanted more so hopefully another one is in the works and the other minor thing is different body types which hopefully they do in the next one. It would be great to have a cleaner that is on the heavier side or optional bodies that were heavier or bodies leaving trails of blood that you have to clean. These are really minor things that can be expanded in future titles but the game is fairly short at around 6-7 hours and I was taking my time so it maybe possible to be the game in 5 hours. I would say go for it if the game hits $10 since it is a solid game with fun mechanics.

This icon is pretty average wish it had the vacuum cleaner:

There isn’t really much of a story since you only hear about other people’s problems while as the Cleaner you tell them “I can do it, you know my rates” and he goes to do his job. We did have a time line of how often he gets jobs but nothing outside of that. You live with your mom and you job is cleaning even though she thinks it is something completely else.

The game is simple, you clean up after a job or the police get to a crime scene. You are hired by someone to pick up and bodies, collect items left behind, and clean up blood in the area. Cleaning up blood is my favorite part while sneaking around since guards will notice when an area has been vacuumed which results in their patterns slightly changing. It is fun to quickly dart across an area just to clean up a small section while a guard has their back turned before dashing across again. The game never felt hard but some sections can feel a bit unfair with guards moving very little or you can’t vacuum due to attracting guards from the noise. Sneaking around and getting into closets is a bit comical since guards will be on your tail as you jump into a van or behind a pile of trash bags.

I finished this game in two play throughs, in my gameplay footage I only played 15 minutes for the channel but before that I finished the game in my spare time. It took about 6-7 hours to beat according to Switch time on the paternal controls but not sure how accurate that number really is. This is one of those times I wish the Switch kept better track of times since I would love to talk about how long I’ve actually put into some of these games. I went to beat the game one more time since it didn’t take that long and the second time around was just as enjoyable. It is a fun experience and the dialogue with clients and your mom can be pretty funny. The clients know who they are dealing with and all of them seem to be really different people.

I would say for the experience go for it! It is a game about cleaning up murder scenes and trying to pick up expensive collectibles in the process. It is funny to see a man’s sole job is to clean up other people’s mess. I loved playing this game from beginning to end but just wish it was a bit longer since the missions are fun but I wanted more by the end of it.

I forgot to do this before making it go live! Well anyway just another game I really enjoyed and hopefully other people check out. Pedro is back and his reviews are on their way! I am catching up with some other reviews but should be completely caught up, up to the end of 2017 in about a week or two then I can cover some 2018 games. Thanks for all the continued support and hopefully you come back for more. Giveaway is going on for Dead Synchronicity so check it out and my review on it.

I entered a giveaway for a free copy of Dead Synchronicity for the Switch! Thank @BadLandGames for providing the code. https://t.co/MfEeRBvaBY