This game is a lot to take in at first but solid after a while! 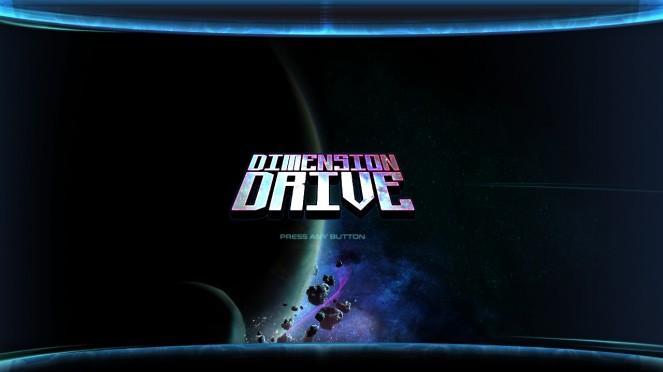 This was a Kickstarter game I wish I didn’t pass up. I only passed it up much like all the Kickstarters I pledged during that time because it lacked a console version. It was a few thousand short from the PS4 stretch goal so I decided not to back it. At the time I didn’t have a computer good enough to play these types of games so when the Switch version was shown off I had to know more about it. The game is a solid SHMUP with the unique twist of going between two planes that is shown by the split screen. You will swap between the two to dodge enemy fire, walls and fight bosses. I love the bosses since they all keep you on your toes while watching both screens. It is a bit hard to keep track of everything but after a few hours you will get into a groove. I do wish I had the ability to purchase the soundtrack or get any of the add-ons the Kickstarter offered. The game is well worth the money and your time if you are a fan of the SHMUP genre. It can be tough as nails if you make it or it can be a casual walk in the park as you learn more about Jack, The Manticore, and VERA to take on the Ashajuls and save planets from their destruction.

Icon is a bit bland.. I do wish it had the main character on it or the double screen feature:

Jackelyne Tywood or Jack for short is the last reminding survivor from her planet, Vain. Yes, a weird name but interesting once you dive deeper into the lore of the game. Being the last person from her planet she is tasked with trying to destroy the Ashajuls, the race that destroyed her planet and are only out for war. The leader, Nies, found that there was one last survivor and has made it his goal to kill her. As he is on her tail, she is on his as Jack with her ship, The Manticore, and assistant, VERA to track him down. She goes from planet to planet to learn more information and help save others from the Ashajuls destructive path.

Overall it is just a SHMUP but the different being you can swap between two planes. This is highlighted in the split screens in game. This will allow you to jump between the two with a press of the button. You have the ability to change the direction from forward to behind with a press of a button. Each stage has three cores you can collect as well. There are big boss battles that require you to master each aspect of the game to destroy them.

Surprisingly I really love this game… I am pretty bad at it if you look at the gameplay but I think my issue was just getting used to the controls. It plays so differently and reminds me of Ikaruga but on two different sides of the screen instead of swapping between the two sides of the ship. I love the boss battles and each time I came back to the game it got easier and easier for me to get back into the groove. It is an amazing game that deserves more in the spotlight!

I would say go for it! It is pretty cheap and fixes the itch that I have. The voice acting is pretty great as well. I am so happy to see that this humble Kickstarter from 2 years ago was able to make its way to the Switch. I hope next time I won’t miss out on such a great Kickstarter game and hope for the best for their team!

Another solid game reviewed! This I believe closes the last review for the month of December with the rest of them ready to publish. I have Slain, Acorn Tatics, Blossom Tales, Tiny Metal, Coma, Heart and Slash, and Sparkle ready for to go so keep an eye out for those! If you follow me on Twitter or YouTube you will easily be able to tell which reviews are coming next since I make the videos public. Keep an eye out for giveaways since the next one will be on the Nintendo Subreddit but it is between Sine Mora EX or Nightmare Boy.