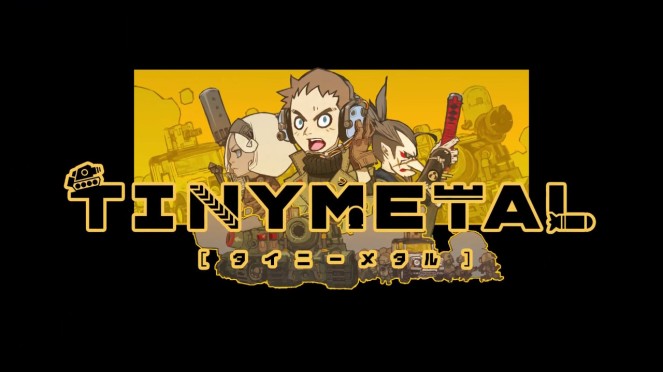 Should check out the music while you read the review since I really enjoy listening to it even when I am not playing it.

We haven’t had a mainline Advance Wars game in 10 years. It is weird to think that a random company that has never produced a game would try and pick up the torch for Advance Wars. There were a lot of questions involving this series and Kickstarter. I won’t be talking about since the game is pretty fun so people check it out. Either way on to the short review!

To start off I enjoyed this game but it does have one problem that is a personal issue. The game suffers from looking a bit ugly. This might not be everyone and in no way will impact the review. I can turn off battle and instantly move to locations.  When in battles though it can look a bit ugly and its a shame since it effects the world map as well. I am a little spoiled from the Advance Wars and Fire Emblem series having incredible 2D artwork and the 3DS having great combat models. Outside of those things you have your standard Advance Wars game which is great. It doesn’t have the CO powers which I would have loved to see but maybe Tiny Metal will do well enough to get a sequel. Even though I don’t think that will be the case since I was holding out on this review for the multiplayer mode. Which was of 3/7/18 still says coming soon on the main menu. The game has a few unique things like focus fire which will have units attack all together on one unit to do more damage. Hero Units carry from mission to mission and get more powerful as the campaign continues. The only issue is the game doesn’t have any huge turn of events like in Advance Wars like when you use a CO Power. You could be way ahead in AW and then the opponent uses their power. While covered in snow unable to move as quickly, they build up forces. Tiny Metal doesn’t have these flow breaking attacks so if you are going good you likely won’t lose any of the maps. I got through most of the game without losing a single mission. The game is on the short side at around 10 hours if you have no issues running through the game. The story is a bit average with the main aim being you are a new Lieutenant. While you are on a rescue mission to find the King’s plane which has fallen. It is pretty basic and likely the reason why the game is short. I would recommend this game since it is a solid first step. Hopefully Area 35 gets the multiplayer mode out sooner rather than later and a sequel is in the works.

The icon doesn’t show anything so I wish it had something more to do with the game: 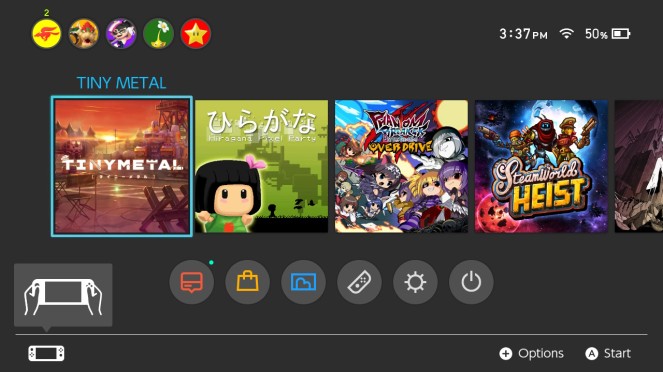 The story follows three main characters, Nathan Gries, Wolfram, and Isoroku Tsukumo. Nathan is the Lieutenant that is currently on a mission to find out what happened to the King’s plane. Luja Lindberg also went missing who is a father figure to Nathan. Wolfram is the leader of the White Fangs and she is willing to help Nathan. She is trying to figure out what happened to her brother in the previous war and plans on getting revenge. Isoroku Tsukumo is the villain in the story and the person believed to have shot down the King’s plane. Nathan’s goal is to get to Isoroku and find out what happened to the King and Lindberg. He still believes they are both alive out there.

This is basically Advance Wars with some things taken away which isn’t a bad thing but isn’t a good thing either. You will still move one unit at a time to defeat the enemy. You will capture buildings to earn from income to buy more units. These units will unlock after receiving them through a mission. Each unit has a type they’re best at such as tanks are good against land based infantry and rocket launcher units are good against tanks. Like I said in the short review, you do have the ability to focus fire on a unit. So 2-4 units can attack one unit together to do more damage. This is great when you have a lot of infantry and want to take out a tank. The big thing is Hero units which are like normal units but go from mission to mission getting stronger. These are their answer to not having CO Powers.

I enjoyed this game even though it was pretty easy and I wish there was a bit more. It boils down to when will we get another Advance Wars game or when will Fire Emblem come to the Switch. That is the nail in the coffin for this game if they don’t figure out what to do with this series. WarGroove is coming and that is going to be like this but 2D so wonder how that will work out. It seems like it will cater more to hardcore Advance Wars fans though since it looks almost the same.

I would say go for it… I’m not sure when WarGroove is coming out but that would be the only reason to pass this game. I enjoyed the game a lot but since it hasn’t been updated for multiplayer it is hard to say 100% go for it. I’m not even sure if they put anything out there explaining what is going on. So if anything keep that in mind. The last update did fix a few minor things like there is no opening anymore. The opening you see in my gameplay doesn’t exist now. There does seem to be a pop-in in texture on the main menu now. Likely a result of not having enough time to load them in I guess? It is a bit weird but once you get into the game there are no issues.

I wish they would give us a date on giving us at least multiplayer since I would recommend this game if it already had it. The update fixed a lot of small things I noticed but an update on the multiplayer mode would be even better. The first Advance Wars had it so I’m not sure why Tiny Metal doesn’t. Anyway thanks for reading my review and tell me what you thought, games you plan on buying, games you want me to review. As always I’ll see you in the next review! Also, enter the giveaway!

I entered a giveaway for a free copy of Mercenaries Saga Chronicles for the Switch! Thank you, @CIRCLE_Ent https://t.co/JsvTDvFLNO