Stuck in a different land

Coming from Badland games, a studio reputable for quality games, is Nightmare Boy, their take on the modern 2D platform genre. But through my time spent with the game, I realized that their take may just be an undertake on what the genre really needs. 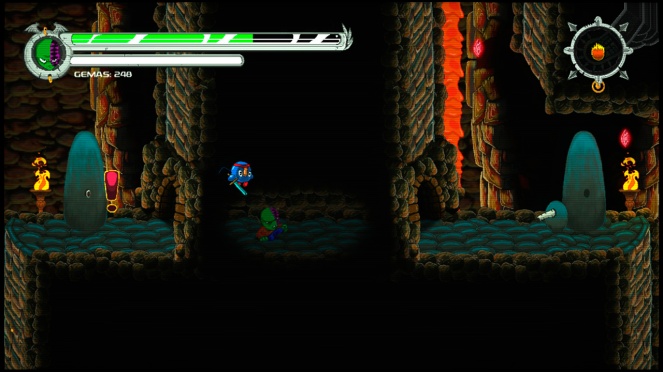 Nightmare Boy’s narrative is quite simple: you are stuck in a nightmare, leave. While this narrative was a creative principle, its lack in interesting, lovable characters made the game a pain to pay through. Unfortunately, not much is added to the story as the game progresses, leaving the journey feeling like a rather meaningless one.

From the very start, Nightmare Boy suffers from severe problems. From not being able to load its own unity icon at a proper resolution, to its lack in accuracy between jumps (something essential for a platformer), Nightmare boy is quite literally a technical nightmare. To further add, I simply think the visual and audio style of this game is not very unique, giving the impression that the developer simply wanted to release a game that felt like other more successful games of the genre.

Nightmare Boy tries to be everything, yet it doesn’t strive in a single thing. It has platforming elements, metroidvania elements, hack-n-slash elements, and much more, but none of these features ever build enough to feel like they exist for a purpose.

Lack of purpose describes the main game in my personal opinion, from its endless bugs to its gameplay inconsistencies, Nightmare Boy simply isn’t polished enough to gain my recommendation. And with a physical release coming rather soon, I simply can’t justify paying the premium unless my collecting needs grow that significantly.

In every possible remark, I cannot recommend Nightmare Boy. If you have had a chance to check every single Switch game, it doesn’t hurt to try it out, but if you haven’t, then check out some of our other reviews, as you’ll surely find games that are more polished and worth their $9.99 price tag.