I mean you get what you see to be honest… 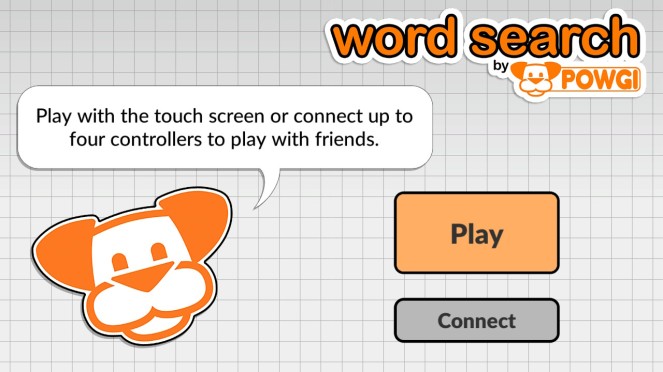 Just read the full review since not a ton to talk about!

The icon is pretty straight forward so nothing special: 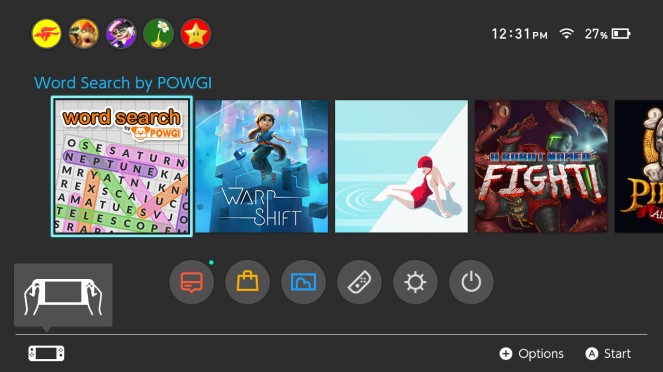 It is a word search game did you think there would be a grand story???

You will either use the touchscreen or pointer to highlight words that are given to you on the side of he screen. When you boot up the game you will face categories that gives you all the different word searches you can do. these range from Animal Kingdom to Bedtime stories to Science experiments… to be honest there are over 25 categories each with 12 puzzles. When you select a category, you will pick a puzzle so if you pick musical instruments it will then ask for strings, musical forms, percussion, etc. There is also a two player mode but it requires either two copies of the game or going online. I do wish it had a local mode that used a single joycon each.

Correction: There is local co-op up to four players, I was just dumb about it. You have to set it up prior to booting the game or split them during gameplay. I will update later on today (4/28) after visiting my nephew and cousin with co-op!

After playing Pic-A-Pix it is hard to go to a game like this. I like word puzzles but didn’t find a reason to return to this game as often as Pic-a-Pix. I tried online once and it is the same but two people racing to find words. I personally will just stick to Pic-a-Pix which I highly recommend if you love Sudoku but with colors.

You really get what you purchase with this one so it executes that perfectly. If you are looking for this type of game you will be right at home but if you aren’t then why would you purchase this game? I would give this game an 9 out of 10, it does what it sets out to do but the online is a bit picky and has no local co-op.

Correction: The game originally received an 8 out of 10 due to no local single joycon support but that has been corrected due to my mistake and the score was re-scored from 8 to a 9.

Couldn’t find a trailer to be honest… This is the trailer for 3DS and Wii U so just think of this but with both screen side by side:

An average game that does what it is suppose to do nothing really special. I can’t really fault a game when it does nothing wrong. It is a shame that Lightwood Games put out an excellent Sudoku color type game but word search is pretty basic in comparison so hopefully there is DLC down the line. I know eventually even though I don’t plan on returning to it often. I’ll finish almost if not all the puzzles for it in a few months.