What a strange little music game… 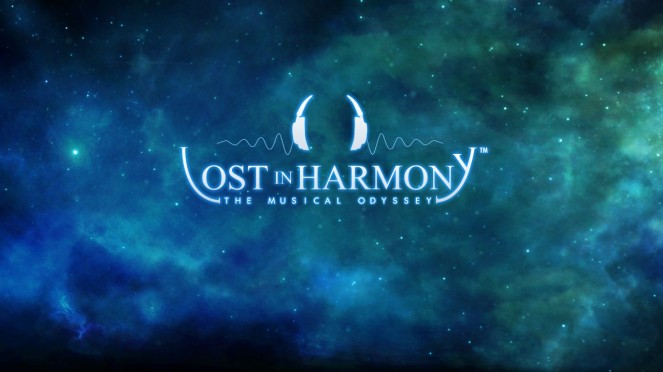 Pretty short review so just read the full review, I give this game a 5 out of 10!

I like this icon since the art style is pretty cool:

Lost in Harmony is an interesting game when it comes to story. Between songs you get a small interaction with the characters through a text message style. This part is interesting since the boy is trying to keep up with what is wrong with the girl as she is having issues with family. It never really gets to the point until later in the game so I won’t spoil it but these are completely separate from the gameplay. During gameplay it seems to be another story as you take control of the boy as he is skate boarding. During these sessions there will be thunderstorms, tidal waves, cars and bikes trying to hit him, and when you finish a stage you look out into the sky with the girl. There doesn’t seem to be a connection between these scenes which make them even weirder.

This is when the game gets bad sadly… As a person that loves music/rhythm games it is painfully to watch something like this do poorly. First the game doesn’t explain how to play when you first boot it up. It just drops you into a stage and you have to figure things out. It isn’t hard since you are just moving left and right but nothing is explained as things like orbs and trails of light show on the ground. These aren’t important but go toward your score at the end of the stage. That isn’t all though, after a while the game changes to a guitar hero like section that comes out of no where. The buttons come out pretty fast and you don’t have enough time to get use to where buttons are and when to be pressed. Then it will switch back to the original gameplay style and have to jump and dodge over objects. These objects barely give you any notice so you will get hit often thankfully hearts are enough to finish any stage the first time through on easy. After you complete a stage it shows your score, unlocks a new level, and you can replay the current level on a hard setting.

Coming right off the heels of another music game to this is a bit jarring but that is only me. If you went into this game without playing any other music game it wouldn’t be as bad. The issue I found is the shift is sections with no real warning in the first stage is a bit hard. After several stages my mind got use to the shift but the speed and layout of the buttons I never got use to since. This is mainly an issue with the guitar hero like section since the buttons layout is a bit odd so my mind is telling me certain buttons start from the top to the bottom but that isn’t the case once you get to these sections. The choice of music is a bit odd as well since they remix songs so I could enjoy the first section then it switches to another song mid level that I don’t like and then switch again before the end of the song. It is a strange choice over just having a single song and focusing on that one song.

I really wanted to like this game but the gameplay, no tutorial explaining anything, and the dramatic switches are a bit rough. Lost in Harmony really needed to take a step back and slowly introduce things since the first level hits you with all the different gameplay elements. You don’t get a chance to digest any of it as everything is so quick for no reason. It is a shame since I like the music and the art style but the game itself isn’t very good. It is sad to say this but I give this game a 5 out of 10, the game really needed to take things slower, introduce the player to new mechanics in a by level format, and ramp of the difficulty over time.

Currently uploading a ton of videos so should update in the next few days!

Pretty rough week as I have around 20 gameplay videos to record so this has been taking a good chunk of my day. I have been streaming games as I play them so if you are ever around check the YouTube channel or Twitter to see when I am live. I’ve been on a mission to complete all the songs in MUSNYX which has been a great experience. Even XoNIC hasn’t seen me play through all the songs yet.