Definitely not the game I thought it was going to be

Bomber Crew isn’t the game I thought it was going to be… I originally thought for some reason that it was a flight combat game, which it is. But, it is definitely more than just that and makes the game a much better. Bomber Crew is a sim based flight combat game… Yes, I said “sim”, instead of just controlling the plane and completing objectives you are tasked with many things on the plane. Your crew is disposable but if you lose one of them, you will be forced into difficult sections without any upgrades. Each mission plays out in multiple ways with a handful of objectives to complete. Depending on the mission you will gather intelligent, take out bases, take out other fighters, or take pictures of locations. The hidden objective that I enjoyed the most was the Enemy Ace Fighters… These are basically bosses for the game that could appear in some levels. The battles between your crew and one fighter is really tough so it tests how well you know the controls. Since you are taking control of the plane and the crew you will need to make sure everything is working right. You will need to reload ammo, heal crew members and repair the plane. This means you need a crew that is well equipped to handle many things and have the right crew for each mission. The game does have a slight issue with the camera, it felt like I was fighting with it at times that took a while to get use to. It was best when I wasn’t right on the plane at the second or furthest away camera points. Getting really close was a bit tough to move around with the plane itself getting in the way at time. If you check out the gameplay footage you might be able to see sections when I had a hard time. Bomber Crew is an excellent game that I’m glad I was confused about since every mission, each new crew member, and every enemy fighter taken out felt great in my hands. I would give this game a 9 out of 10, while everything about this game is a good time, the camera position can be rough at times, locking onto objects by scanning took me out of the flow during combat, and a true story would have been an excellent addition. 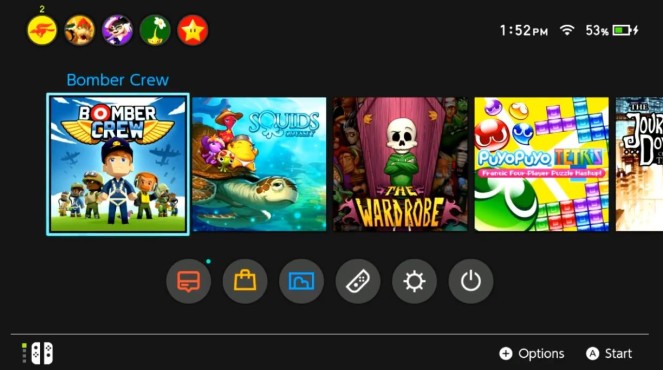 The story is pretty non-existence, you are controlling a fighter crew and taking on missions. The main campaign is just a flow of do X amount of missions and then we can proceed to the next set of missions. This is the only area the game falls flat since I would have loved to learn more about Wing Commander Biggins or why you are tasked with these missions.

This game is very simple but what you need to do while in missions is the hard part. Each crew member has a level and what they are good at. As you level up, you will unlock new perks, dual positions, and new gear for your crew. You can’t just use anyone for any mission either. Some missions will require multiple other positions to get all the objectives. You might need more than one mechanic due to a mission that you will take heavy fire. You might want multiple gunners for a mission or you might want a crew that is well balanced.

Bomber Crew wants you to be quick and think on your feet since you aren’t just the pilot in this game. You are the pilot, medic, gunner, engineer, and scouter. Depending on the mission type you could be taking pictures of an enemy base, looking to do a bomb run on an enemy location, take out submarines, or take out other fighters. Before each mission you will be able to choose which ones you want to do so you have a choice and an idea of what to prepare for.

Once you start the mission you will need to get your plane into the air then direct the pilot on where to go. This is when multiple objectives play since you can go right to the mission objective and leave or do any of the side missions. You do have to worry about gas consumption so you need to have an idea of where and what you want to do first. Once you start your destination it will seem smooth sailing but then a group of fighters might show up so you need to use your gunners to lock on and attack. While doing that your pilot will need to be redirected to the mission location. The mission might change during this time as well since you may be heading toward more enemy and risk taking even more damage. If you take too much damage, you will need to take control of your engineer to fix the plane. Your crew might take some damage so you might want to pull them out and replace them as they heal up. The gunner might run out of ammo so do you send someone else to go get it or have the gunner do it? There are a lot of things to do while on a mission, there is never a point that you are just watching the game do something.

Bomber Crew can be a stressful game at some points since like other games that let you replace people. Characters will die and you will be sad that you lost someone. It feels a lot like Fire Emblem in this regard since someone I thought was really good could be shot out and I didn’t have enough time to revive them before they passed. Bomber Crew looks simple with its cute design and comedic trailer but it can be rough. During the enemy ace fighter battles I would take a ton of damage and near lose someone every fight. They don’t hold back so if you plan on side tracking to take one on you must be ready. The game is a great time from beginning to end. It is a bit rough when the camera right me but I found a sweet spot for where I like the camera around half way through the game. The controls take a bit of time to get use to as well, this game would be better on PC with a pointer than a controller. I found myself for the first few hours mixing buttons together or forgetting how to do things all together. When you plan this game you must take the time out to do the opening and know it like the back of your hand. Later on once the hand holding is over you could be a sitting duck watching a scouter try to fix the plane or have people in the wrong seats.

Bomber Crew is an excellent game with a great art design, complex system, and a journey down a path of “oh no” the entire time. It makes you worry about different positions and crew members all the time. You don’t have time to second guess things or you will lose a mission and your crew. The game tests you at every turn once you are a few hours in and I would love to check out the DLC after I complete more of the side missions. It is interesting that a game like this exists since most Sim games are based on controlling one character or a city or a few people but I’ve never seen one where you control a crew and a plane. Bomber Crew is a fun game that I keep coming back to since it has many things to do even after the game is over. I would give Bomber Crew a 9 out of 10, if the game’s camera didn’t fight me at times or locking onto something didn’t require scanning it, and if my pilot would stop getting off track constantly, it would be a perfect little game at an excellent price for the amount of content. 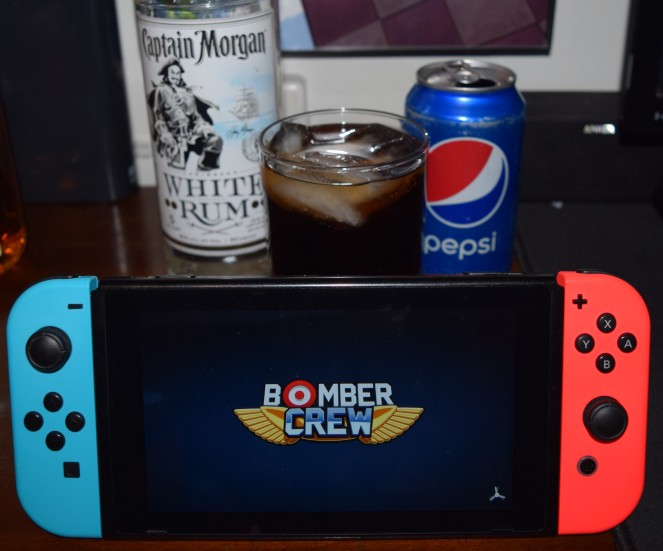 Keeping these short on vacation so mainly doing edits for the time being.