Soooooooo is Gardens Between 2 being worked on??? 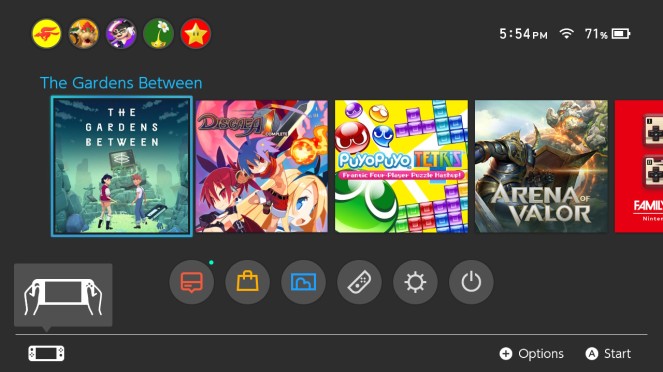 Friends is something people hold really close to one another so when I booted up The Gardens Between, besides the original trailer, I didn’t know what I was going to be doing and why. In my entire life, friends have come and go, friends have been with me for a very long time, some friends I was sitting out in front of my grandmother’s house playing with them and that was the last time I ever saw them, some friends I made within the last two years and spend almost every weekend together, and some friends became extremely close, just to vanish the next day. Everyone old and young have memories of these friends but some friends have been there since you can remember. The Gardens Between is one of those stories of a friendship that extends to the stars. 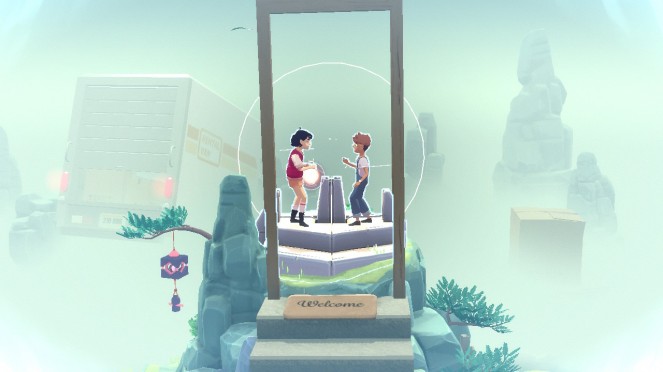 The Gardens Between is a puzzle game that has you altering time to complete a simple puzzle. Each puzzle will require you to pick up items, move forward or back in time, and place that item in a new location. After during this somethings will change when you process to go forward in time again, with varying results. I found the puzzle aspect to be basic enough that anyone could pick it up but no adult should be having a rough time with any of these puzzles. The main driving forward for the game is the story and the scenery that will clue you in on what is going on. 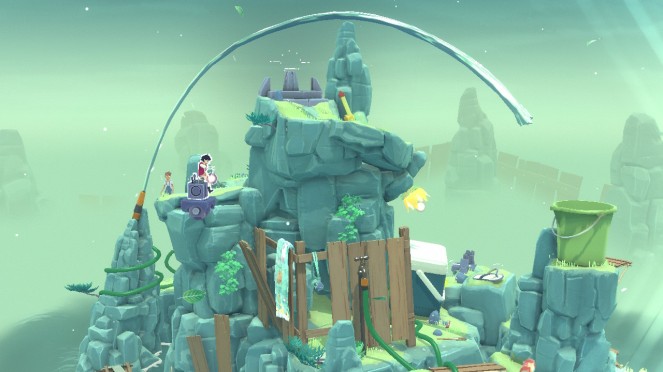 Not too shocking but The Gardens Between is a more story focused game than the puzzles, you will need to figure out. Each stage has a theme of a memory of the children that needs to be completed. While the puzzle aspect is basic, in most cases you will never scratch your head trying to figure something out, you will be just seeing how things react to what you are doing. This is a game that is really hard not to spoil since each stage is beautifully crafted and well detailed. No amount of words can explain what the people at Voxel Agents were able to do. Memories are short and to the point so the stages are basic only holding a few things like a kiddie pool or moving boxes to clue you into the story. Once a stage is completed, the memory will fly to the sky like a star.

The only glaring issue is that by the end, you want more. The game can be completed in around the same time it takes to watch the extended edition of one Lord of the Rings movies. Maybe one and half if you are taking your time. It took me around 4 hours to complete. Is that a bad thing? Is that a good thing? I know for me, I just can’t wait for another game by Voxel Agents and I hope the next title is just as interesting and appealing as this one.

By the end of the game, it is a reminder that friends no matter how long you’ve known them, how far they are today, or how long you haven’t spoken are important people. They were able to fill in a spot that you needed for a long period of time or just the right amount of time to get you through something. Not every friend will be there for every life changing event but there will be some that never leave your side. The Gardens Between is a story that everyone can relate to but will you want to make that journey?

Will be uploading this weekend!

Took me a while to get this out but man was it a journey since I’ve been doing the short reviews between these bigger reviews. I am slowly trying to set a time cut off for games since some of the games I’ve been getting are only a few hours long and can be beaten in a short period of time. I am thinking of bumping the time to under 5 hours as a cutoff for the Split Second reviews since even this game was kind of pushing it on what I want to say. It gets harder and harder to write a longer review if the game is only a few hours. It becomes a juggling act of what can I say and what I shouldn’t say since it could spoil the game. I know when I was listing things I didn’t want to talk about things that are on level 15 since the game is under 20 levels long. Well anyway let me know what you think of the review, if you plan or buying or already purchased, and I’ll see you in the next review!