Well this was an experience…. 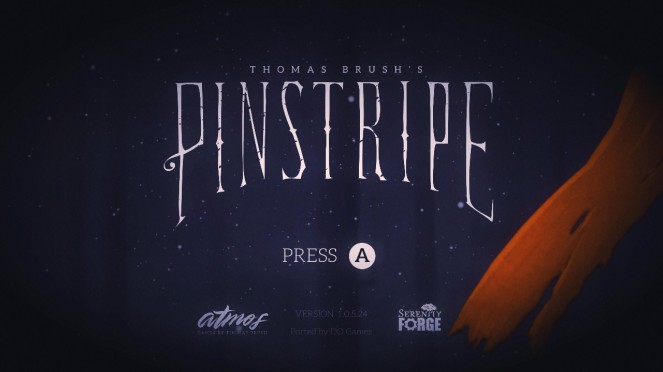 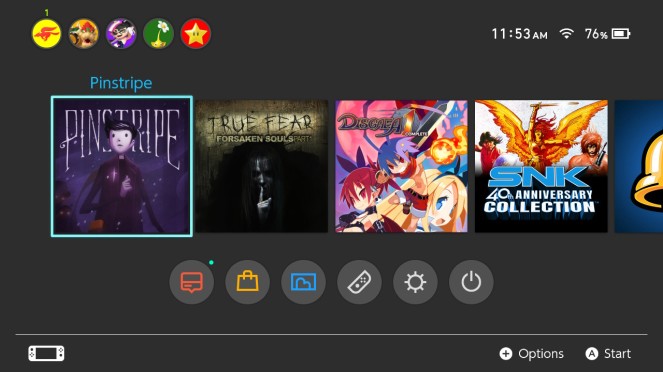 Pinstripe is an odd game, it is a puzzle game with a heavy focus on story but the odd part is the setting, voice acting, and questionable puzzles. I enjoyed Pinstripe until a very critical puzzle that made me backtrack the entire game in search of “drops”. Word of warning, collect every drop you see and destroy everything because it is required to complete the game.

This was the moment that made me question, why? Why was this a requirement? Why have the player backtrack every screen until they had enough? Then I found out, after looking at a walkthrough provided thankfully by Atmos Games (the developer), the game is short. This was a way to pad out the game by requiring you to collect 300 of these “drops” for no reason other to make the game longer than what it should be. The game already had my full attention and I loved it but at that moment when I only had 100 drops and needed to find 200 more. I put the game down.

I didn’t return to the game for a few days because I didn’t want to spent another half hour to an hour searching everywhere for these drops. When I went back to the game it took me around an hour to find enough to finally buy this item. Was it worth it? Not really since the rest of the game was around an hour left. So a game that would have taken me around 3-4 hours to beat added an extra hour just to pad it until 5.

Besides that we have two other points I want to talk about, setting and voice acting. I’ll get voice acting out of the way because the setting is my favorite part. The voice acting is a little bit crazy but thankfully it doesn’t last very long. Your daughter is my main issue, when I looked up information on this game I found out that the Kickstarter had this as a stretch goal to have voice acting. A key point was talented voice actors but I can’t seem to find any other games Mia Ciscon lent her voice for. It is clearly an adult trying to do a child’s voice and it drove me nuts. Thankfully she gets kicknapped rather early in the game so I don’t worry about her until the end again. The other voice actors are great even though Jacksepticeye through me off for a second since it was unexpected.

The setting of the game is really dark which through me off but also has a very 80-90s Cartoon Network vibe. The game really feels like something out of “Courage the Cowardly Dog” with its dark tone and adult language. It feels very real but some parts of the game feel a bit shoehoned in. As soon as you finish the opening area you kind of just teleport into the next one without reason. This is the only time it happens but weird enough that I remember clearly. Another issue I had with the setting is some of the areas demand a bit much from the player with jumps that feel just out of reach that require you to master it or you will fall to the bottom of the screen.

Then there is the one glitch I did but couldn’t record or replicate, I teleported to a previous area. In one area you can look through a telescope to see a different area. After backing out of this area, I went to the next screen which was a loading screen. Once that loaded I decided “eh I am going to jump around a bit” after jumping off the cliff and pressing A… I reopened the telescope. This telescope is behind a loading area so how exactly did I reopen it? I have no idea which just made me question why loading screens were a big deal since the game was still playing perfectly fine so maybe it was just a glitch.

Pinstripe is a game I really enjoyed but do wish the requirement for the drops wasn’t there. I would rather just plow through a game and love it then backtrack and have to bring it down a few pegs. I do remember seeing this game when it was being Kickstarted and it likely would have been a game I threw money at. The game looks really impressive on the Kickstarter and I hope Atmos Games is working on something else. But the question is should you buy it? It depends for me I would have preferred to just have the PC version since taking the game on the go isn’t that big of a deal when you can beat it in one long sitting or two shorter ones.

This game is pretty awesome but jesus that one fatal flaw is the only reason why the game went from highly recommend on a long weekend to if you have the money why not sort of game. Pinstripe is an interesting game that did make me question and wonder what was going to happen next and why I almost beat it in one sitting. It pulled me in at all the right moments but just barely missed its mark. Well anyway I’ll see you guys in the next review!