When was the last time you leaned while trying to drive? 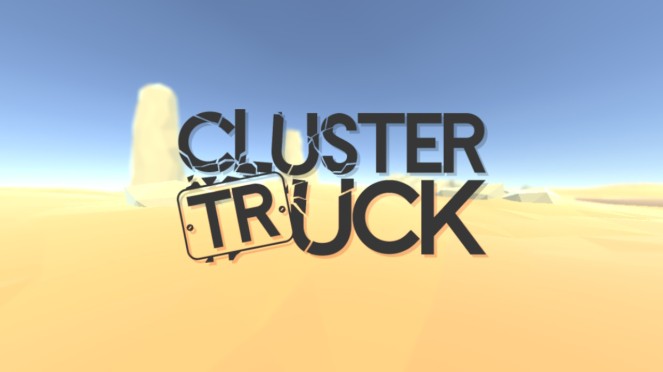 Cluster Truck is an interesting game but I had my doubts, I saw older reviews and thought it might not be for me. The game can be extremely fun and rewarding forcing me to duck, lean, and turn my body to match my movement. I haven’t felt this way since I was a child, it is a great experience if you want that old feeling again. Switch is a different type of animal though because it has technical issues with frame rate. For a game that needs a buttery smooth frame rate, it is a shame it dips at point. The majority of game you won’t notice but the final stage is where things hit the fan. Enough so that after several hours I still haven’t been able to beat it due to the dips. I won’t spoil it since it is a pretty great stage but it has a lot of trucks, lava, and a huge monster to deal with. The frame rate tanks at just the right spots to send you flying to your death having to restart the stage over and over again. I have completely the two holiday themed stages but the campaign at the moment revolves around luck. I would love to present this game with a 10 out of 10 but the framerate tanks are too harsh to come close to a perfect score. I would give the game a 7 out of 10 due to constant dips in later stages, unforgiving areas, and lack of leaderboard.

The icon is pretty average since you see that splash screen all the time: 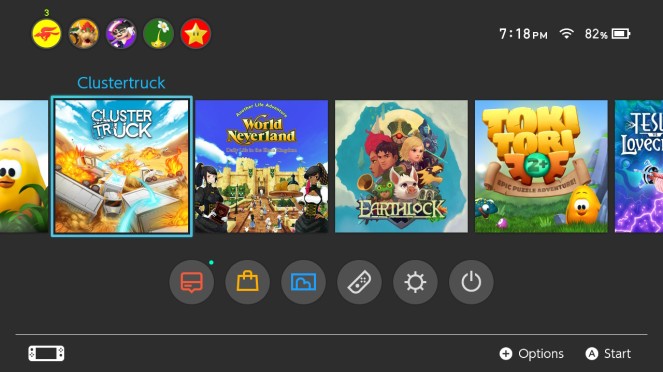 There doesn’t seem to be a story but if you wanted to create your own you easily could. Each area is broken up into 10 levels with a themed environment. These can be anything from Future, SteamPunk, Dessert, Hell, Winter, etc. There are no rules why a person is jumping or truck going from the tops of trucks. The player does make a weird crashing noise each time they die so maybe we are playing as another car or truck. I like to think that the Mach5 is doing all these crazy stunts.

The game is pretty simple jump on truck to get to the goal. The obstacles are where the fun begins. Each set of stages will have a theme to them. The opening is pretty normal but eventually you will dodge lasers, jump from one lane of trucks to another, launch pad to a new section and land on a truck, or jump on trucks that are on lava. The game does give you select power ups that you must buy to use. These range from double jump, grappling hook, slow down time, freeze trucks for a short time, or with each jump the truck flops over. You will do 100+ stages with the included free doc that is Christmas and Halloween themed. I found these to be easier than the campaign so you will spent the bulk of your time there.

I spent way too long playing this the second time around. The first session was only a few stages and I didn’t get the appeal. The second session, I spent 3 hours going through the campaign. Up until the final stage since I couldn’t beat the final challenge. Frame rates really got bad during that last stage. Other stages had it on and off but not like the end where it would freeze for a second while in the air. It sucks that the game is so good but held back due to these kind of drops. My other main issue was the laser stages, they seem to not collide well with the player. I could feel 100% cleared after seeing it pass me just to still get hit. Certainly in one stage when the last stretch is 10 beams at once so you need a lot of luck to get through.

The game has big issues with framerate drops during the most critical moments but the game is a ton of fun. Enough fun that I would still recommend it due to it being a “I was so close” type of feeling each time. It really made me want to continue playing after each death. Some stages were too brutal or steep of a learning curve at times as well. Sadly with the framerate issues, brutal stages out of nowhere, and lack of any leaderboard. I would give this game a 7 out of 10, it will be updated to a 8 out of 10 if they fix the framerate issues.

I really hope they fix the issues in future patches. I’m not sure how great TinyBuild is about doing that but I have sent a message to them asking about any updates. Hopefully I hear back soon and I will be putting an update if I hear anything different. I was going to review “The Long Reach” next but the game ended up giving me issues that I couldn’t fix until after I got home from vacation. The game has been giving me headaches as well mainly because I’m dumb about what to do. The entire first part of the game I collected a dog toy and couldn’t figure out what to do with it. I spent a full hour putting it against other things, combining with other things, or just roaming the three areas in search of something I missed. Once I found out what I was doing wrong…. I could feel the “dumb lollipop” appear on my head.