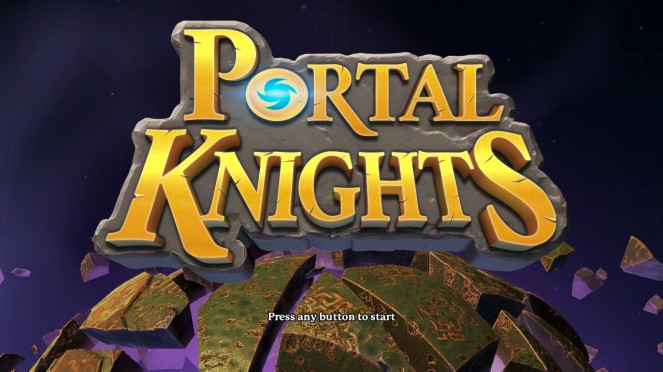 Portal Knights is much like Minecraft if Minecraft had a goal and RPG elements. Portal Knights feels in that void in my heart for more adventure and better story telling. To be honest I got bored of Minecraft years ago when it was still on JAVA and never returned to it because friends moved on to other games and overall the game got boring quickly since there was really nothing to do. Portal Knights fills that space by giving me plenty of areas to explore and many NPCs to talk to even if they don’t have a ton to say. I enjoyed talking to them and getting missions which made me want to continue playing even though it is still ill advised to drink straight down because unlike Minecraft there isn’t unbreakable blocks… you just fall to your doom in the empty sky. The open world areas with the sandbox elements are present but to me aren’t the man focus. I found myself attacking enemies to gain more experience over trying to crave into a mountain of land. It is enjoyable killing off enemies and enjoying the areas and checking off missions each time I come back to the game. Multiplayer was a bit rough though… It is fun playing with others but the lack of players can be a problem. It took me a while to get someone to play with me because either not many people play the game or are waiting for the physical copy that is rumored to be coming out in February.

Wish it was a little zoomed in on the characters but otherwise nice icon: 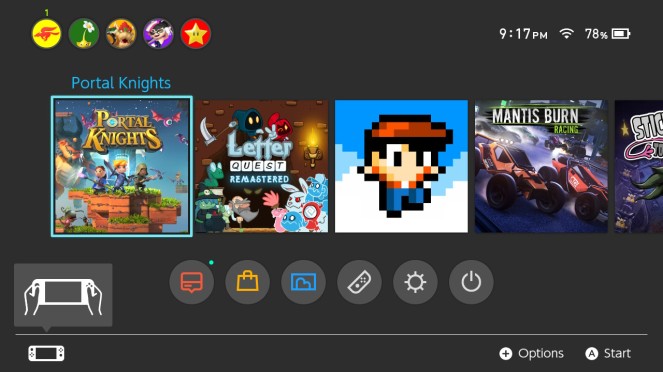 Surprised to fine a pretty engaging story that involving the shattering of portals and an event called “The Fracture” that split the world into many small sections. Your job is to restore the portals by exploring the lands.

Not much I can say here because it is a lot like Minecraft but with more RPG elements, magic, and missions given from NPCs. It is solid, engaging, and above all a fun time. The time needed to fully max everything out will take you a very long time surprisingly. I feel as though I am not even close to finishing the game yet I have 20 hours into which does include time with friends and my nephew’s play time. Portal Knight refines a genre that I loved in the past and something that I am grateful got some refinement so hopefully Portal Knights 2 is in the worlds since I know I will want to kill more monsters, level up once again, and explore areas that were not present in the first game.

I really enjoyed this game but considering how much needed to get done for the review was a lot. I had to find other players to play with, get another person to play split screen with me, and I had my nephew play for a few hours. To my surprise excluding myself there were a lot of mixed opinions on the game. My girlfriend didn’t really like the game but being a non-gamer this game is a lot to explain and controls are all over the place so hard to get someone to just jump in and play. Online was great with my friend from across the land and didn’t have any issues but the lack of voice is a bit terrible requiring us to talk on Skype as we played. Don’t blame the devs since this is a Nintendo problem that needs to be fixed down the line hopefully. Then my nephew who seemed to enjoy it as I left him with it for an hour but when I came back he made zero progress. He was just banging blocks against the sides of mountains and falling to his death repeatedly for several hours. He never stopped playing so I guess he enjoyed it but don’t think he understood the building aspect. He is 4 years old so I didn’t expect much but I found it funny seeing a block of dirt being smashed against another block of dirt then falling to his death over, and over, and over, and over again.

I would say if you like Minecraft but tired of its formula, give Portal Knights a try since as a person who loved playing Minecraft back in the day with friends. This is a game that appeals to the single player gamer in me and that is a great thing since Minecraft to me never appealed to that side. It is a great time and plenty to do but if you must wait for physical I don’t blame you since $30 is a bit steep for something you may or may not like. Buying physical just means you can be sure if you don’t like it you can always resell it so you don’t lose all your money.

Almost everyday this week I have a review coming out! Pedro has been doing a great job and he has a lot of things coming up and was able to successfully get his first review copy on his own. WOOT WOOT! So please look forward to Max: Curse of the Brotherhood review hopefully on launch or around that time. Going to be pushing for around 3-4 reviews from me a week while Pedro will be putting out between 2-3 to fill out a perfect week. The give away is still going and hopefully you check out Pedro’s review of Plantera DX! 7 subs away from Sine Mora EX giveaway time!

SO IT BEGINS ROUND 2 OF THE GINGER BEYOND THE CRYSTAL GIVEAWAY!

Once again I thank @BadLandGames for providing codes to giveaway!https://t.co/yG08SFwlqz