Marching To Your Dreams 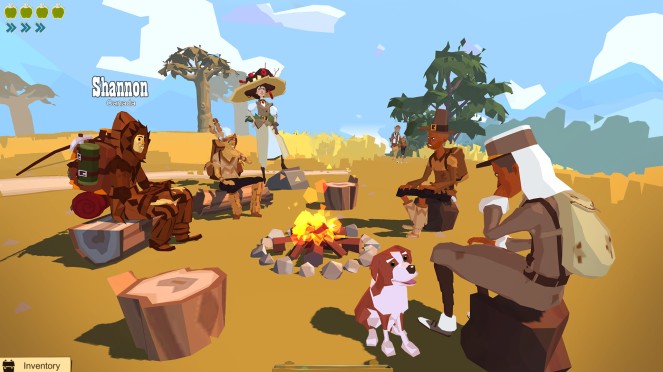 The Trail is built under one premise: keep walking. This may sound boring, but frankly it isn’t. The developer of this game have managed to give The Trail a respectable amount of personality by allowing the gamer to be in charge of your character’s path. You see, you start The Trail naked on a boat, without any goals, or understanding of where you came from, and the more you walk and meet new people, the more you start to figure out who you really are.

This to me makes The Trail an experience that is easy to get emotionally attached to, because from the very start my character felt like my own creation, a feeling that many indie games fail to provide. On another note, I wish some of the later characters were a bit more emotion-packed, as they tend to be very focused on their own goals, giving this feeling that you are losing your social abilities the further you get into this long journey.

But when you aren’t walking, you are acquiring new items, crafting, trading, and leveling up your survivor’s skill tree. This is an interesting concept at first, but the fact that some items are impossible to find in some areas, resulted in a lot of backlogging as I traveled back and forth between fast-travel areas just to get the materials I really needed. 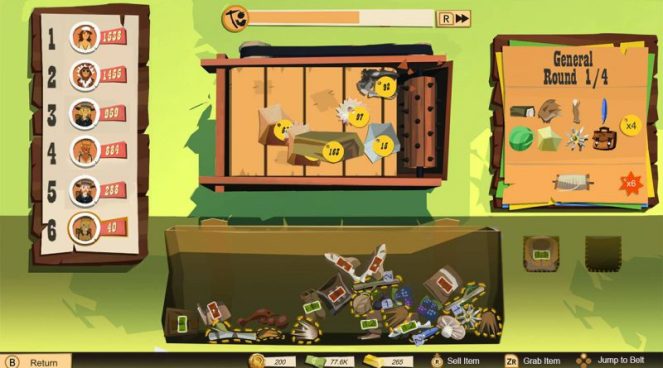 Gameplay-wise, I worry about The Trail’s longevity, because due to it being specifically built to be a walking simulator, things can get quite boring at times. To make manners even worse, the game’s mobile nature shines through sometimes, most specifically in regards to how quickly the game introduces the player to new situations. In under two hours I was thrown from a bright, sunny mountain to a frosting blizzard, and needless to say I was not ready for the transition.

This leads me to difficulty, as The Trail can at times feel a bit too unfair, throwing the player into scenarios way before said player could acquire, and trade enough materials in order to survive. This seems like a poor decision by the developers, even more so when the entire premise of the title is taken into consideration.

If this unasked for difficulty wasn’t enough, The Trail runs terribly on the Switch. I’ve had my review copy crash on me over three times, in situations that didn’t seem very taxing of the system at all. When the game did decide to not crash, I found myself suffering from severe frame dips, making it seem like I was playing this game on some sort of budget smartphone- this in conclusion, is not good at all.

In the end, The Trail has ideas that are revolutionary to the Nintendo eShop, but to some, it’s unreasonable difficulty, and lack of polishing is rather offensive coming this late in the Switch’s life cycle. However if that isn’t something to bother you, The Trail can offer more than enough content to keep you busy for a while- but it may leave you simply wishing for more.

I entered a giveaway for a free copy of The Trail: Frontier Challenge for the Switch! Thank you, @kongregate and @22Cans https://t.co/EGHx2TpdLT

One thought on “Nintendo Switch – The Trail: Frontier Challenge #119”